This year, yes 2018, was the first time I came across these two words – cultural appropriation. I may have had my head buried in the sand, I may have not been reading the ‘right’ journals, or watching the ‘right’ shows, I may simply be an ignoramus.

But in the last few months, I seem to have found myself on a roller-coaster of confusion and bafflement as I watch Dear White People (Netflix), read The Root (online magazine), and try to get answers from people on social media who are black or POC (people of colour).

Lets say this right now – I am a white woman. I am a middle-aged, white working-class woman. (MAWW) I may, to some, have led a dull life, a mediocre life, a life of ‘white privilege’. I can’t argue with that. But I’m curious, I want to learn, I want to expand my horizons and discover the whys and wherefores of other people’s lives. I do not want to offend anyone due to my ignorance.

Am I doing more harm than good when I ask questions about the clothes I wear, the make-up I use, the words I say, and the songs I sing? I have an Indian salwar kameez (though the salwar don’t fit anymore) that I have not worn in years. I used to paint Egyptian style eye-liner on my lids when I went out in the evening, I call my girlfriends ‘bitch!’ and I listen to and sing Blues and Mo-Town – but only in my home. I love the minimalism and simplicity of Japanese design; interior and clothing.

Am I appropriating those cultures?

I attempted to learn Japanese some years ago, I have been interested in the history and culture of that country for a number of years, I watch animé and read manga. I once learnt calligraphy. I have taken an online course called Japanese Culture Through Rare Books. I have been interested in Egyptian history since a little girl. I have visited Egypt and stood looking in awe upon the art and architecture.

When did I, if I did, cross the line from appropriation to appreciation? Or vice-versa?

We may think imitation is the sincerest form of flattery, but not to the person whom we think we are flattering – or so I have learnt. I think I first saw the term ‘cultural appropriation’ was on Twitter; I watched an awful slanging match that snowballed, the way these things do, into a ‘them and us’ scenario.

I did some further reading. I recently read Kit de Waal’s piece in The Irish Times: Don’t dip your pen in someone else’s blood: writers and ‘the other’, in which she hi-lighted this conundrum. When is it okay to write in a voice that is not your own?

Similarly, When is it okay to wear something that does not come from your culture? When am I appropriating another person’s culture? From de Waal’s text I took this extract: The dictionary definition is this: “Cultural appropriation is the adoption of elements of a minority culture by members of the dominant culture. It is distinguished from equal cultural exchange due to the presence of a colonial element and imbalance of power.”

Then I saw something in de Waal’s piece that I hadn’t seen in any other article – There is no one person that can speak for the whole of Ireland. Nobody can give the definitive answer to how a culture behaves or what they believe or why.

Every article, and I mean every article I have read, talks about cultural appropriation as a thing done by white people to non-white people. But here I was reading something I have, as a child of an Irish immigrant, felt for years to be lopsided. I am white and had felt ‘done to’. Don’t we all appropriate from other cultures? The Irish, Welsh and Scots have been suppressed and oppressed by the English for decades, and yet today English people can be heard boasting their Gaelic/Celtic heritage/ancestry.

Irish culture – The combination of Corn Laws, the first Land Act, trade agreements and a succession of famines resulted in over a million people dying, another million leaving the homeland. Upon arriving in England and the USA, Irish people were often classified as peasants, thieves, feckless, smooth-tongued blaggers, the ‘drunken paddy‘.

In the 60’s and 70’s England, the Irish were the butt of every joke. TV was flooded with stand-up comedians who openly told anti-Irish jokes, daily, because the Irish were ‘thick’, and ironically at the same time mistrusted as con-men who would jam a foot in your door to get a job cleaning windows. If you were the child of Irish parent(s), then you had to be prepared to be teased, bullied, have things thrown at you and labelled the thick one in class.

And yet – On St. Patrick’s Day, thousands of non- Irish use it as an excuse for a piss-up. Thousands claim Irish ancestry because they a)had a great-great-great-grandparent who came from Ireland during a potato famine, b)have an ‘Irish’ surname. (Citizens Information says: “Unless at least one parent or an Irish-born grandparent was an Irish citizen at the time of your birth, you cannot claim Irish citizenship on the basis of extended previous ancestry (that is, ancestors other than your parents or grandparents)).” Lots of white English/British claim Irishness from some sort of romanticised idea of what it’s like to be Irish-born. Irishness has been commodified, in particular, by Hollywood, perpetuating stereotypes of Irishness in films– Finian’s Rainbow, The Quiet Man, Darby O’Gill and the Little People.

Suddenly, it’s ‘cool’ to proclaim your Irish heritage, send in the Leprechaun hats, ‘based on’ Celtic jewellery and ‘Celtic’ tattoos.

Scottish Culture– Scotland according to some commentators, was ethnically cleansed by the English. The Highland Clearances had Gaelic peoples moved from their ancestral land to make way for – sheep. Scots were banned from wearing their traditional tartan. The English effectively eliminated a whole way of life from The Highlands.

They were later subjected to anti-Scots jokes, labelling them as dour, penny-pinching, alcoholics who were always ready for a brawl. The weather map of the UK has, until very recently, portrayed our island on a tilt, thus ensuring that England looked bigger than Scotland – for English viewers it did not strike them as odd. The Union Flag/Jack has the Scottish white saltire in the background with St. George’s (English) red cross over the top. Golf, hurling and shinty originated in Scotland. Halloween comes from Gaelic Scotland (as well as Ireland and Wales). Bagpipes were deemed ‘tools of war’, yet were adopted into the British Army later on. The Scottish accent a point of confusion and derision amongst the English.

And yet – Tartan in many forms, not just kilts, became utilised initially by English Royalty, filtering through history until becoming something for the masses; like Burberry attire, worn mainly by those with some dosh to spare. Paul McCartney, an Englishman, has utilised the sound of bagpipes in his music: Mull of Kintyre.

Welsh Culture – The Welsh are the ‘original’ British, pushed to the margins of Britain both geographically and politically. Military, political, economic and cultural power was exercised by the much more populous English over the Welsh for many centuries. Many elements of the Welsh economy and society since then have been shaped by demands from England. They had their language suppressed. They had a whole village evacuated then flooded; to provide water for Liverpool. Portrayals of Welsh on TV in the 70s amounted to little more than hideous stereotypes with buck teeth, extreme accents and a clear message to the English that this was ‘the other’. Even today, the Welsh have to listen to insults such as their country being called a “little shit place” – Eddie Jones, Rugby Union coach. A.N.Wilson, newspaper columnist and writer, said: “The Welsh have never made a contribution to any branch of knowledge, culture or entertainment. They have no architecture, no gastronomic tradition, no literature worthy of the name.”

Really? How about Dylan Thomas, R.S. Thomas, Roald Dahl, Sarah Waters, TE Lawrence? Or Doctor Who and spin-off Torchwood (both filmed in Wales with some Welsh actors)?

And yet – The English, and the world at large, have the Welsh language to thank for words such as: Bard, Corgi, Crag, Flannel, Druid and Penguin(possibly). ‘Lush’ and ‘Cwtch’ (means cuddle) are recent additions from the TV comedy, Gavin and Stacey. I hear English people at work using ‘lush’ all the time.

I have never heard a Scottish, a Welsh or Irish person complain that their culture has been appropriated. I have never read an article in which a Dane, a Norwegian or Swede complained about the way others wear Viking horned helmets, thus perpetuating the myth of Viking attire. 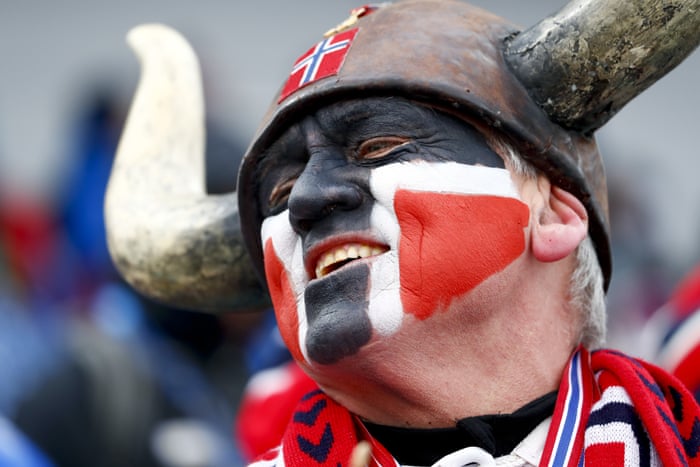 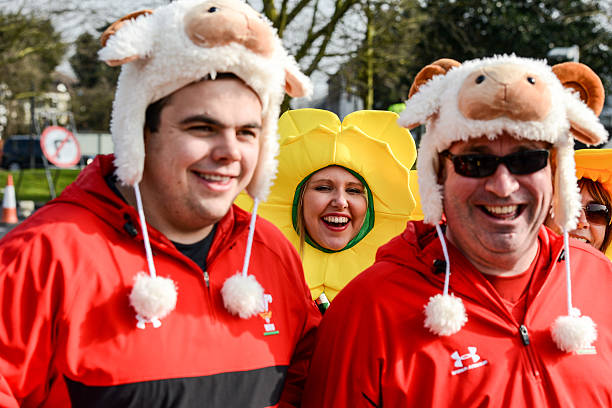 Sports fans don’t seem to mind who wears what

It seems to me that it isn’t purely a black/white issue. The world is a huge place that we, the human race, cover and move like a tide; ebbing and flowing within a time-frame way too large for an individual to perceive, cultures, communities, empires rise and fall (what would the ancients think of the modern taste for ‘Roman sandals’?) It seems we all could do with a little more education and tolerance regarding this issue, that or we all just throw up our hands and have a free for all on everything.

Am I being insensitive? Am I missing something?

Or maybe I have had my head in the sand?