Hello! And welcome, this sunny Monday morning, to another post. Today, I am very excited to have American author, Mehitobel Wilson, lover of coffee, whiskey, ‘stompy boots’ and BJD’s! She is also responsible for introducing me to Electro-Swing music!

I grew up in very rural South Carolina, where I listened to the Dead Kennedys on headphones while exploring the woods and being chased by livestock, wild animals, and imaginary monsters.

I chased them back.  Still do.

Hi Mehitobel, may I call you Bel?  Welcome, and thanks for agreeing to be interviewed for my blog; Flailing Through Life…

Thanks so much for asking! Fair warning: I made a huge pot of coffee, got into my comfy socks, and settled down to talk your ear off. Talk your eyes out? I hope not, but you understand. The caffeine made me chatty. 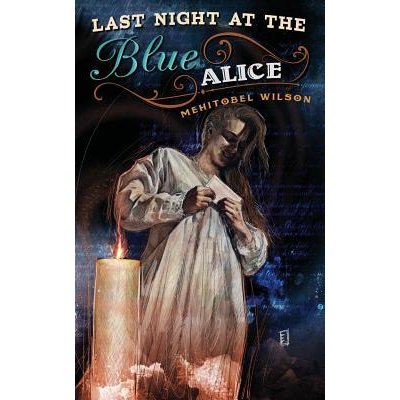 I have the exact opposite problem: I move very, very slowly because I’m terrified of wrecking things, literally and figuratively. This is not a state of being that I advise, if you can avoid it. It becomes a bit of a cruel vortex, though: being afraid of doing things wrong to the point of not doing them at all IS doing things wrong! So, hurray. At least flailing is motion.

A couple of years ago I built a dollhouse as a writing exercise (this made sense to me at the time) and it was very helpful for a lot of reasons. Among other things, it reminded me that the world didn’t end if I made a mistake. If I broke something, I could repair it, or find another approach. If I glued something in the wrong place, I could chisel it off again and put it right. Something being “wrecked” isn’t always a negative outcome.

But there’s no flailing when building dollhouses, either. You’ll end up with wood glue in your hair and splinters in your neck. Ask me how I know.

My mom was a flower child. First, she named me Mehitobel. Then, she named me Moonbeam. Finally she was convinced to name me something more mainstream and/or comfortable to pronounce. I never used that name, either – nicknames or my middle name (Jo) my whole life, until I legally reclaimed Mehitobel. Still, it’s easier for everyone to call me Bel.

I do think names can matter to how a personality develops. A name has meaning, and you want to live up to it, make it your own, shed it entirely, or stick an “e” on the end, because it looks so much more distinguished.

I haven’t really been in the mood to read much horror recently. I didn’t think I wrote it any more, either, but then I wrote “Brisé” for Apex, which surprised me. I consider Last Night at the Blue Alice a fun fantasy, but bunches of characters die, so it gets categorized as horror.

So, let’s see. I really like stuff about alternate dimensions and hidden populations, and populations can be hidden in alternate dimensions/timelines, so it’s all part and parcel. But that covers the gamut from Faery, to cults, to feral clans. My own psychological horror stories are often about discovering a hidden personality, or suspecting one and causing damage while searching for it, or not noticing something that’s present: hiding it from yourself. I like reading and writing unreliable narrators, both because they’re fun, and because they’re really difficult to do, craft-wise.

I love Tana French, and am completely crazy for Mo Hayder’s Jack Caffery series, which is dark, brutal, and features incredibly well-studied characters.

Anyway, series also mean that my TBR pile is a mile and a half deep.

I watch so. Many. Movies. I’ll drop everything for Ben Wheatley, Neil Marshall, Guillermo Del Toro, and Lucky McKee. Really excited for Del Toro’s  A Killing on Carnival Row and also for the forthcoming Dark Tower and It adaptations. 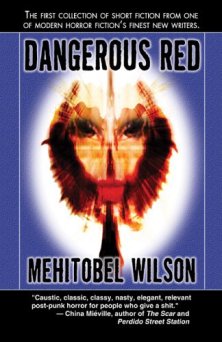 Oh, man. I can’t even guess what book made me cry. Probably Where the Red Fern Grows, which was also pretty gory, so grief and gore got linked in my head pretty early on.

The first time I cried while working was during Last Night at the Blue Alice. One of the characters just broke my heart, which was bad enough, and then I had to kill her. I was surprised to catch myself weeping, though. Hadn’t happened before, but there’s a very obvious reason for that: Blue Alice is the first story (novella) I’ve written in which I actually truly liked the characters.

That’s not exactly true; there are one or two short stories with protagonists I liked, but for the most part, the main or POV characters in my shorts are people that frighten or repulse me. So, when I was given the opportunity to write a novella for Dave Barnett at Bedlam Press, I was stumped for a while: it’s one thing to invent and inhabit the minds of awful people for 4000 words, but 30,000?

Funny. It took me longer than it should have to realize that I could just make up characters I liked. Goddamn if I didn’t end up loving them, and crying over them. So that was a revelation.

Oh, thank you! Okay, so in 2004 I was researching a (real life) murder case, which led me down various internet paths and into these dolls that were popular among the Gothic Lolita crowd. “Holy hell,” said I, “those are outrageously ugly, and so expensive I could puke. What is the matter with these people?”

So then I Googled them more, just to gawk at how ugly they were. I’ve always collected action figures. I finally came across a BJD that made me think I could buy him, paint and costume him as a 2-foot tall, fully articulated Voldo from Soul Calibur. And if I ever got bored, I could just repaint him and he’d turn into something else.

Within a few years I had 17 full dolls in my “keeper” collection and a bunch I bought, painted, and sold. So, yeah.

Now I’m down to five full dolls – three SD (large) size and two mini – and four heads on ice, waiting to be provided with new bodies. All the ones I’ve kept are my favorites, as are some of the ones I’ve sold. Argh!

I do name them, and I do miss them when they’re gone. They’re a bit like pets, except I can ignore them for years if I need to. I ascribe personalities to them, but nothing in-depth, no backstories or worlds or anything. One “likes” schlumpy sweaters, another’s very judgemental and Over It All, and one’s a death ballerina.

I haven’t written them as characters, or as present in a setting for another character (yet) and I haven’t written about dollcraft, either – painting them, organizing the eyeball collection, sorting hands, etc. Still might though. 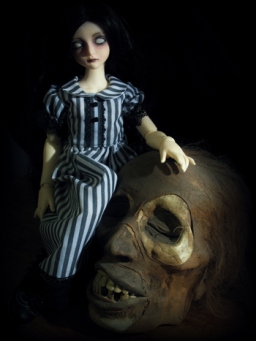 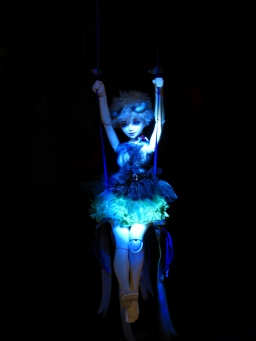 The writing itself happens, if I’m lucky, during a kind of fugue state, and I feel refreshed afterward, like I’d been dreaming. If I’m unlucky, it’s this terrifying slog. There’s your flailing! I feel like I’m in brain-quicksand and I panic.

Editing, though, that energizes me. I love it. It’s a vast puzzle and a total thrill.

This is a really hard question! It’s usually the other way around: authors I once liked & no longer do. I won’t disclose who those are, though. I don’t think I can answer this one. If there was someone whose work I disliked, but I kept reading it anyway and eventually changed my mind, I’ve forgotten the initial dislike.

Spinach: Fear! Fear I’m going to blow a deadline turns into panic as I get down to the wire, and there suddenly becomes no room for doubt or second-guessing or anxiety. I have to just FUCKING GO, and there’s always this sense of breaking through, and whether the story’s good or bad, at least it’ll get done.

Kryptonite: Fear! Fear of getting caught writing something terrible stops me in my tracks for long periods of time, and it sucks.

Other more mundane spinach varieties are whiskey, a dark room, and my mechanical keyboard; Kryptonites include music with distracting lyrics and my tea going cold.

My guiding thing would be the Strength tarot card; I have Karen Mahoney’s art from the Bohemian Gothic Tarot tattooed on my right arm. The classic Strength card depicts a woman alongside a lion. She’s sometimes gripping the lion’s jaws, sometimes fully battling with him, sometimes simply present with him, the battle done. To me, this represents finding a way to incorporate & utilize the strengths of the roaring parts of my psyche: depression, self-doubt, ego, anger – whatever’s loudest that day, whatever’s jaws are widest.

That applies to writing, too, so I have a lot of lady-and-lion artwork on the walls around my desk. Also a jillion ravens, because it’s a writing desk and I’m Goth and I dig corvids.

The most important thing would be this: sometime in your 40s, your shoe size will start to change, because your feet start to spread out, and your whole glorious collection of stompy boots will no longer fit quite right, so get ready for that. Nobody told me that and I’m very pissed off about it.

I’d also give little me a heads-up about ebooks and e-readers, and how amazing it’ll be to have a library in your pocket. I’d suggest that Young Self therefore ought not cling to every book, because moving thousands of books from house to house for years absolutely sucks.

11. And finally, what is your favourite childhood book?

Can I cheat here and give a few? Little kid: Anne of Green Gables – just the first one – meant so much to weird little rural me. And I loved The Whispering Sea by Howard Goldsmith, superb murderous-ghost and creepy-house action. From there I went to Jane Eyre, which has stayed a top-five all-time favorite, as has The Talisman, which I first read when I was eleven and am re-reading yet again right now.

Thank you so much for agreeing to be interviewed 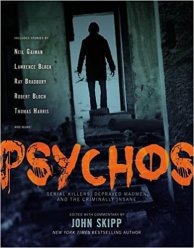 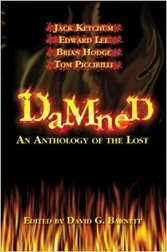 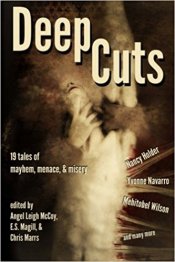 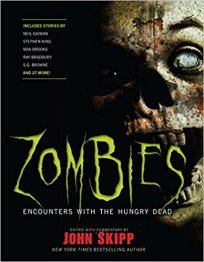 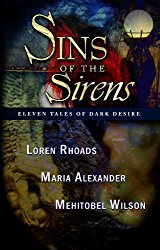 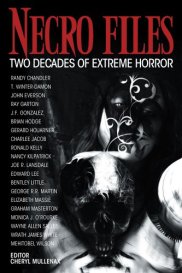 *You can find Mehitobel at Mehitobel.com and you can find a good roundup of her books at my Amazon author page, http://amazon.com/author/mehitobel

Next time: Jonathan Green, prolific writer on the ‘gaming’ scene.