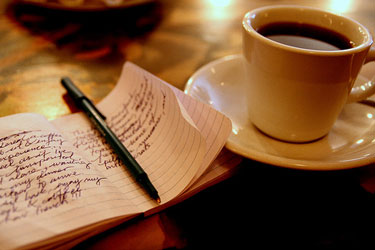 Just one in ten authors can earn full-time living from writing, report finds.

When I began writing, about two years ago, I spoke to someone who is already working and selling books – R.B Harkess – http://rbharkess.blogspot.co.uk/      who told an audience of wannabe writers not to expect to become rich from writing. Not only that, he was totally honest about the chances of getting published – slim, the chances of making a decent living – slimmer, and of becoming the next J.K Rowling – practically zero.

He painted a clear picture about the pitfalls, the hard graft, the potential battles with editors, selecting book covers, editing your own work, proof-reading, promotion, etc.

And I still decided to go ahead and do it!

So I just found this article in The Telegraph; (not a paper I usually read) giving us the bad news. Less people are making a living these days from writing, 30% less!  It seems (1) less publishing houses are willing to take on new authors, (2) that wages are below the minimum and (3) women earn less than men! So, breaking this down into parts:

I had an e-mail recently from Emma Barnes at Snowbooks. There were royalties from the anthology, Game Over! There were 12 authors, an editor, Jonathan Green, and the publishing company involved, it was enough to by a coffee, but hey! that’s MY coffee, that I earned, with MY writing! I’m happy I made something. It means someone out there likes my writing –

Absolutely delighted to see this. Although I am not mentioned by name, the fact that I am rubbing shoulder’s, so to speak, with these other respected authors, thrills me immensely. Thank you James Lovegrove.

‘Game Over’, edited by Jonathan Green

The stories delve beneath the clunky graphics to find paranoia, madness, murder and ghosts. Jonathan Green’s first outing as editor, Sharkpunk, was an anthology with bite. Game Over, the follow-up, is an anthology with byte. The theme is classic arcade games, which will appeal to anyone with fond memories of spending countless 10p pieces on Space Invaders, Pac-Man and the like.

The authors Green has selected, though not household names, are respected in their fields or notable up-and-comers, and their stories delve beneath the clunky graphics to find paranoia, madness, murder and ghosts. There are three standouts: James Wallis’s Tetris-referencing “The Russian Effect”; Simon Bestwick’s “The Face of the Deep”, which fuses HP Lovecraft and Frogger; and James Swallow’s “Screen Burn”, where a long-lost game becomes a lethal urban legend.

Game Over, edited by Jonathan Green, Snowbooks, RRP£8.99, 304 pages. can also be found at Amazon in paperback and Kindle editions –

Author and fellow contributor to Game Over, Simon Bestwick, is conducting a series of interviews with the authors of said anthology.

The Lowdown with… Alexandra Peel

Today’s Lowdown continues to shine a spotlight on the contrbutors to GAME OVER. Today’s victim is… Alexandra Peel. Alexandra is a visual artist turned author. She has a degree in Fine Art, Sculpture and has been a freelance community artist, painter, graphics tutor and book seller; she currently works as a Learning Support Practitioner in a F.E./H.E. college. The author of The Unsinkable Molly Brown, a pirate adventure for children, she has also created a series of Penny Dreadful style stories under the heading, The Life and Crimes of Lockhart & Doppler, about a pair of miscreant treasure hunters based on hers and her daughter’s Steampunk alter egos. She is a member of Wirral Writers and can be found on Twitter and at her blog.
1.        Tell us three things about yourself.
I hate pulses; I have a kind of horror of the ‘gritty’ texture of beans, especially baked beans. When I was a toddler, my father –in his wisdom as a new parent – made me eat a bowl of vegetable soup; I threw up all night and my mother forbade him from forcing me to eat vegetables again. So I grew up eating all my veg raw – carrots, cabbage, swede, etc. I have a black belt in Tai Kwon Do, hard earned as I am rather heavy around the ‘beam-end’. I harbour a secret fantasy that I am actually not my parents daughter.
2. What was the first thing you had published?
When my generation was growing up, parents were very hands off in their child rearing. I spent a lot of my early years alone in the back garden, or in the shed. I loved the shed, it smelt like an ironmongers shop. Here I drew a picture on a blackboard of a horse and a girl. My mother, when I showed her, sent me away to write a story about it – she was too busy doing laundry to appreciate my emerging talents! ‘The Princess and the Pony’ was printed in that week’s edition of the Liverpool Echo.

3. Which piece of writing are you proudest of?
I wrote a story (unpublished) called ‘Beneath the Skin’. Set in an alternative 19th century. I began it at a writing workshop run by Sam Stone at Lincoln Asylum, Steampunk weekend. It began with an idea of a serial killer and grew into two parallel stories that contrast then collide. It is my first full length novel.

4.        …and which makes you cringe?
Lots. I’m relatively new to this. I’m learning. I tend to get over excited when I’m ‘on a roll’ and forget all about the technical aspects of the English language; I string lots of adjectives together like a badly made, colourful bunting.

5.  What’s a normal writing day like? I don’t really have one. I have a ‘real’ job which takes up four or five days a week, however, it is part-time. Sometime I write for hours for days at a time, other times I do a short story and leave it at that. I am quite possibly the most undisciplined person in the UK, I’m naturally lazy. I carry little notebooks around with me to scribble ideas in; my work bag was stuffed with torn strips of paper at one point, collected over a period of weeks, I had to collate it all together – and then I ignored it for another few weeks.

6.Which piece of writing should someone who’s never read you before pick up first? I reckon a visit to my Blog. The stories are short, accessible and, like candy floss, require little effort of the part of the consumer. All the stories are about the same two characters – Lucy Lockhart and Theodora Doppler – a mother and daughter treasure hunting duo. Set in a ‘Steampunk’ alternate 19th century, Lockhart and Doppler are miscreants, opportunists and serial bed-hopper in the case of Lockhart. Frivolous fun in the style of the Penny Dreadful.
7.        What are you working on now?  A couple of things at once – I have the mind of a butterfly. A short story for an online submission about being stranded on a desert island. A 500 word piece for the writing group I am a member of – Wirral Writers – which I am struggling with, we get given a title, or a sentence, or selection of disconnected words and have to come up with something along those lines. Another story about Lockhart and Doppler for my blog. Plus, the second part of ‘Beneath the Skin’.

Delighted that I have been accepted for inclusion in this anthology; a selection of horror stories based on the 8os arcade games. A broad spectrum of writers included, from the well published Simon Bestwick and Michael Carroll, to newcomers like me. Edited by the talented, and extremely busy, Jonathan Green for Snowbooks.