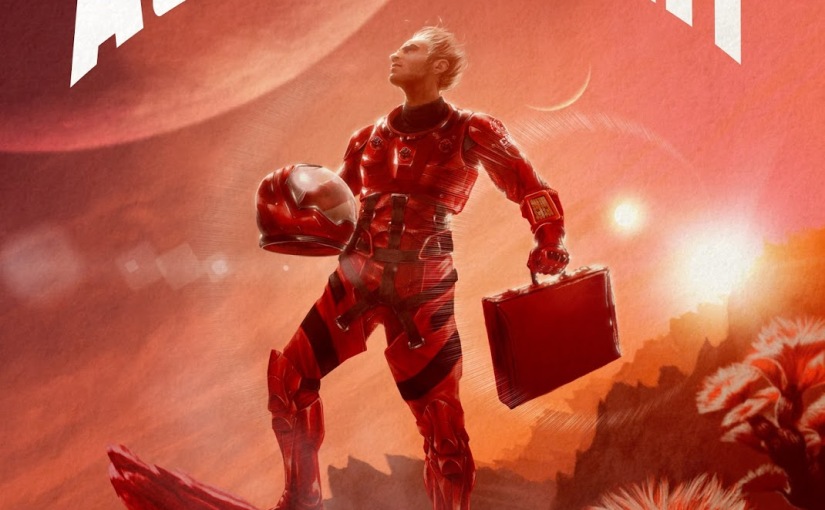 When I was in my final years of high school, we had a fleeting discussion about our careers. Not like now, where even a six year old seems prompted every five minutes to make a decision on his/her future. No, they were simpler days back then, I, and my friends, gave little thought to a job based future. All I was certain of were two things,

My mum would have had me learn to type and get a good secretarial job. So off I went to art college. I hate maths with a passion, I cannot emphasise how much numbers do NOT thrill me, in fact, I could go as far as to say, numbers frighten me. I think I might have dyscalculia (Like dyslexia but with numbers). I forget numbers, I’m rubbish with formulas and sequences (I even forgot my home phone number on more than one occasion); which brings me to Elton D Philpotts (If you want to know what the D stands for, you will have to read the book!).

Elton D Philpotts does not have dyscalculia, he does not struggle with numbers (at least, not in the regular way), he does in fact, have an extraordinary memory with regard to figures. He can see a sequence once, and remember it, and it is this ability that winds up with him in deep space.

‘Could this be the worst job interview in the history of the universe? Possibly. So when Elton D Philpotts lands his dream job he can’t help wondering how. And why. Somebody in the Space Corps needs him, and they need him bad. But the work is dull; nothing like he expected. Then he sees things he should not have seen: A hidden ledger, dodgy accounting transactions, bogus gate receipts. And when a whole starship disappears who are they going to blame? A frantic race across the Sphere of Influence takes Elton and his friends into adventure and dangers he could never have imagined.’

Deep Space Accountant is, as can be easily surmised from the title, a sci-fi novel. The protagonist, Elton D Philpotts, is an unlikely hero. He is the common man, he is a ‘regular guy’, a normal bloke, like most of us. He is at a stage when he is questioning his career – is this all I have managed to do so far with my life? Many of us have asked ourselves this question, but Elton’s friend Walther persuades him to apply for a new post (The pre-interview sequence is hilarious). Elton makes a discovery that will change his life, meets new people that will also add to that change, and discovers a new side to his own character.  Philpotts is a Relativistic Accountant, who values assets that may be travelling at nearly light speed. Because time passes at a different rate relative to back home, it means that assets will depreciate in value at a different rate.

Mjke Wood has a very quirky sense of humour, and a very affable style of writing. I found myself smiling at unexpected moments – when the heat is on, he throws in humour (or a ‘pig’. Again, you’ll have to read it to find out!). I do not mean that to sound like he randomly adds the humour, there is nothing random about this story. It is obvious that a lot of research has gone into it. The world, or worlds, of the future are fully realised, the science is totally believable – to me at least, and the plotline is flawless.  It’s like ‘The Office’ meets ‘Buck Rogers’. Because of Wood’s writing style, the technology, and there’s lots of it, is not overly difficult to comprehend and often has comical consequences; like the smart clothing named Jim or Kim, depending on the wearers birth gender. There is attention to detail, from how a common-or-garden drinks machine is powered to how starships travel, relativistically speaking.

Definition of relativistic. 1 : of, relating to, or characterized by relativity or relativism. 2 : moving at a velocity such that there is a significant change in properties (as mass) in accordance with the theory of relativity

You can find your copy of Deep Space Accountant as a paperback and an eBook on Amazon. It’s also on iTunes and Kobo.

Also by Mjke Wood – ‘Travelling in a Box’, a family’s experience of holidaying abroad in a caravan. Available at Amazon.

One thought on “Review – Deep Space Accountant by Mjke Wood”