You know, when you write (or try to write!) sometimes the last thing you want to do, is write some more, sounds strange I know but bear with me.

As a visual artist, what I was interested in was art; I painted pictures. Although I trained as a sculptor, I had to adapt simply for the sake of time and space. We; my then boyfriend now hubby, lived in a three up two down, with the landlord. We’re both artists, so making life-size sculptures was, as you can imagine, near impossible -having bags of clay and plaster around someones else’s house is not a good idea. So I decided to train myself in painting. (*Just as a matter of interest; I took my degree in the 80s – when no-one really taught you anything at Uni.) It might sound peculiar, but when you do an art degree, it is subject specific within the subject of art; so the painters painted, the printers printed, the sculptors welded metal, hacked at plaster and formed clay – and we rarely, if ever, crossed paths.

To begin with, I thought painters had to work in oils. What a tragic mess! I could draw well, but once the paint hit the canvas, it was a mud bath. Then I discovered these wonderful things called ‘acrylics’. Hear the opening chorus ‘Hallelujah!’ And I was away. I was very influenced by my own emotions, but history, mythology, legends and books too; ‘The Master and Margarita‘ by Mikhail Bulgakov, ‘Nights at the Circus‘ by Angela Carter, ‘The House of the Spirits‘ by Isabel Allende, all fed my chaotic, colourful, fragmented mind-set.

I painted every day, and I mean every day, had exhibitions, formed an artists support group, sold some work, blah, blah, blah – yes you visual artists out there know exactly where we’re going with this. A sale of £300 a year ain’t going to feed you – so you get a job. You have a kid. And it’s au revoir painting time. 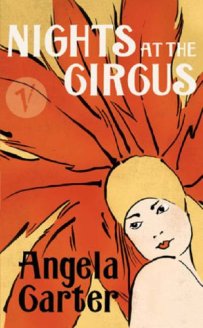 The point I am trying to make is; artists, writers, musicians, whatever creative type, do it because that is what they are good at, it isn’t a job, it is more a way of being. It is a particular form of communication that we use. I painted because I couldn’t write. That was my language and I was fairly good at it. I didn’t want to spend time promoting it. There was no internet then, all images were on slides (now lost) or photographs (also, many lost) and so without touting your work, networking (I hate that word), getting out of your studio/bedroom/garret/whatever, no-one knows about you. You could be the finest artist in the world – but if you don’t make the effort to put it out there, who knows the work exists?

So, now I write, have been writing for just about 4 years now. And what do I know about promotion?! Squat.

I write practically everyday. I write short stories, novellas, poetry, plus – I blog! Blogging takes up time that has to be factored into the creative and promotion equation too. I have a job that takes up four days a week. My child is independent and away at university, but now there are ageing parents and in-laws. When am I supposed to promote my writing?!

And that is what I mean when I said at the beginning,  when you write (or try to write!) sometimes the last thing you want to do, is write some more…

On top of that, technology has moved on soooo fast in the past few years, and as a person of ‘maturer’ years, it’s a slog learning it, never mind keep up with it. SEO – Search Engine Optimisation, in my day would have meant searching for a car with the best engine in it! Blog – short for Weblog, only came about in 1997! I was thirty two and a new mother!! Facebook began in 2004, and Twitter in 2006. Sometimes I feel like I’m on the Circuit de Monaco on a go-kart… 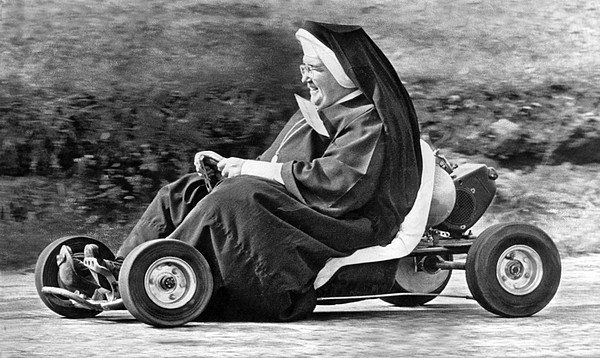 Sometimes you just gotta bite the bullet and get on with it.

Now here comes the promotion – Sticks and Stones is my collection of short stories about witches and their craft. You can buy it on Amazon. No, really. And at only $5.50 PB or $2.79 Kindle, that’s magic! (sorry, couldn’t resist)

“A compact collection of well-crafted short stories on the theme of witches and witchcraft. There are some graphic and quite uncomfortable stories in this collection, but the vivid use of language makes it a very entertaining read. For me the stand out stories include Passing On, a chilling and disturbing first person account of medieval a witch trial; the vivid and poetic Sticks and Stones; and probably my favourite, the heart warming tale, Rescuing Robert.” M. Wood  Sticks & Stones

If you are not a creative type, you may not be able to understand how much reviews mean to writers, and how uplifting it is when someone likes your work. It is a self-published book, so what? I wrote it, it’s my creation and this review makes me proud. So, if you want to get something for someone this coming Mothers Day; if she is a writer, give her a great review. If she is an artist; promote her work for her. If she sells online; help promote and Favourite her work.

And if you want to be nice to me! Write a review of my stories!

16 thoughts on “Who has the time to promote their work?”